The Albert construction site open to the public

To mark the Mobility Week in September 2021, the Albert station construction site was opened to the public during the traditional open day. The terminus of the future metro line 3 has revealed all its secrets to visitors: a vast mezzanine, storage spaces behind the walls, long platforms, a wide-gauge tunnel... Although Albert station was originally intended to house a metro, the work that is taking place there is still on a large scale. It aims to transform the station into a large, modern and user-friendly multimodal hub, allowing people to switch comfortably from the tram to the metro.

Albert station will eventually be a new terminus for trams 4 and 51 on the one hand and for metro 3 on the other. It is therefore necessary to raise the platforms and install the equipment necessary for the future passage of the metro. A total of five lifts will be installed in the station, as well as a secure bicycle parking area. 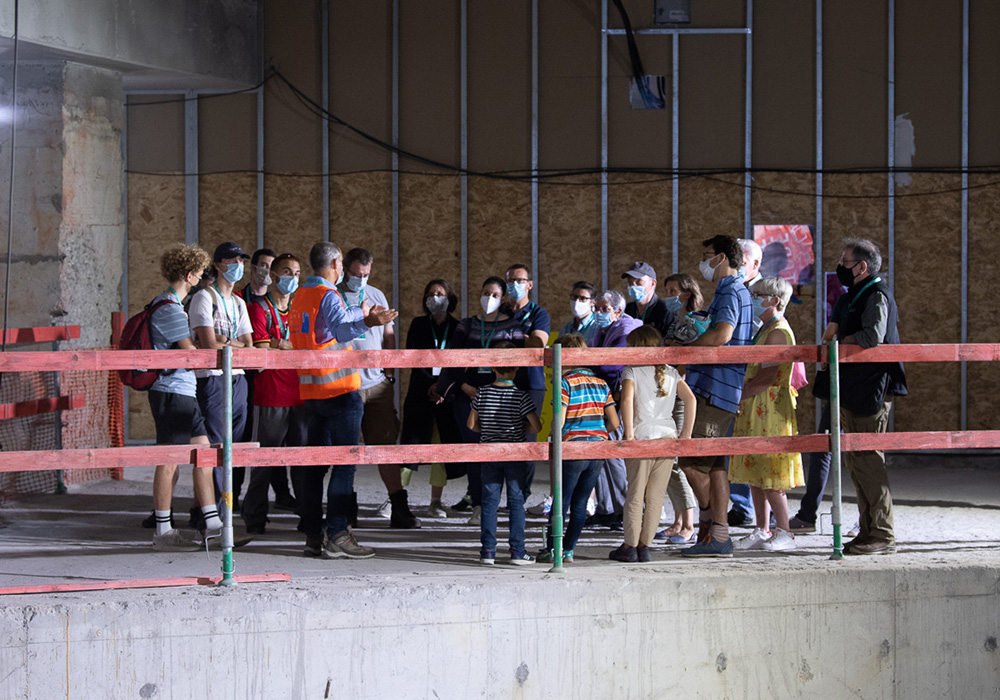 Return to the section